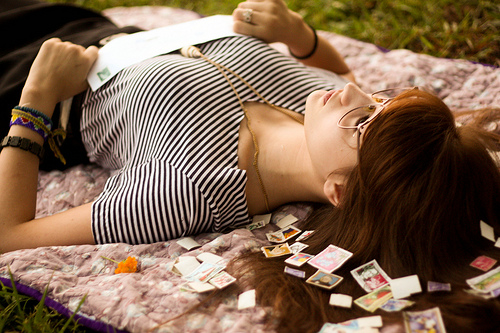 While struggling with query letters, especially when I was first learning to write them, I often found myself wishing there was a website full of REAL query letter samples that had won requests or landed an agent for the writer. It would have been so much easier to simply use examples, than to slowly teach myself how to cobble together a proper query.

There are a few samples on the internet that I found helpful, so I figure I would throw mine out into cyberspace and hope it helps someone.

Below is a sample of the query letter that got multiple full and partial requests, as well as an offer from my agent. I haven't altered the actual letter in any way, it's copied and pasted directly from the email.


Dear Mr. "Agent Name",
I hope you will take a look at my dark YA steampunk novel, LORD MACHINA.

Hazel took a step backward. “Mrs. Henshaw? Are you alright?” When the woman moved toward her Hazel gasped. Clearly Mrs. Henshaw was not alright. She moved strangely, stiffly. And Hazel was reminded of the clockwork doll her father had given her for Christmas years ago, how it had lurched stiffly along until Hazel had touched it, and it had died.  Mrs. Henshaw continued to move forward, and Hazel stepped back again, frightened.  Her foot caught on the corner of the raised flower bed and she fell backwards into the rose bushes with a shriek.   Thorns scratched the skin of her arms and poked through her dress, but she barely noticed. Mrs. Henshaw was still coming at her, arms outstretched, her lips pulled back in a hideous smile.

Hazel Cogswell breaks everything she touches. When she sets her very last suitor on fire, she prepares for the life of an old maid, a life of needlepoint, knitting and the ownership of eighteen cats. But when she goes for a late night stroll in the park she is attacked by one of her mother’s friends, who appears to have been turned into some kind of steam powered monster.
If that isn’t dreadful enough, she is saved by Cyrus, a boy who claims to be a telepath, and Annie, an outspoken redhead with a fondness for explosions. They explain to her that London’s elite are being targeted, their houses burned to the ground. The victims are turning up later…dead, but reanimated by clockwork.

Hazel quickly learns that all of the monsters are bent on one thing, finding her.

Who is the man causing the fires and what does he want with her? And why on earth does he call himself Lord Machina? LORD MACHINA is a darkly humorous story set in the gas-lit streets of Whitechapel.

I have been a freelance writer for six years, concentrating mainly on urban fantasy and short stories. Most recently I won the Silverland Press short story contest for my short story, THE LOCKSMITH.  LORD MACHINA is complete at 50,000 words, (although scenes may be added if necessary.) I have included the first ten pages below. I can be reached at the telephone number above, or at (email here).
Thank you very much for your time and consideration,
Sincerely,

There you have it. It's a pretty basic animal, this letter. A quote from the story, a brief description and a bio that isn't particularly impressive. The beautiful thing about your bio is that you don't have to have won tons of prizes and have graduated with a Bachelor's degree in English Lit. Heck, you don't have to have graduated high school. If your bio isn't relevant, leave it out. There is only one thing the agent really cares about...is it a good book?

How is the query quest going for you? If you have further questions about this particular letter, or just anything at all, please ask in the comments below. I'll do my best to answer.

Tune in on Monday for an interview with awesome literary agent, Jason Yarn!